I was diagnosed with Stage four lung Cancer, and was told that I would most likely die from it within 6 months. I have known two other people with the same diagnosis and both died in that time frame. For some reason however I did not. I rode my first Enbridge ride in 2014, with a chest tube which I drained the fluids from my chest between rides. The cancer which totally involved my right lung was leaking fluids into the chest cavity and was causing my one good lung to collapse. I had to repeatedly reapply the brand-aids as I was riding to keep the tubing in place and clean, as my sweat kept washing them off.

I did this ride with my son in defiance of my disease with the hope of supporting the Edmonton Cross Cancer Clinic.

I had issues with my cancer two years ago and almost died again.. so last year I promised my brother and sister that if I recovered I would ride the Enbridge ride again, and used it to help motivate me to improve my general health. As last years ride was virtual, both my wife and my sister joined my team and rode with me. My sister joined because her son-in-laws mother was struggling with her Cancer and I suppose for me. During this ride while we had a break we heard that my niece’s mother-in-law passed. This late last fall my sister was diagnosed with Cancer and passed in February.

My Cancer is alive and well, but I am still on my bike, I ride for my family members who died in the past year. and my Father who was recently diagnosed and another couple dear friends who were recently diagnosed. 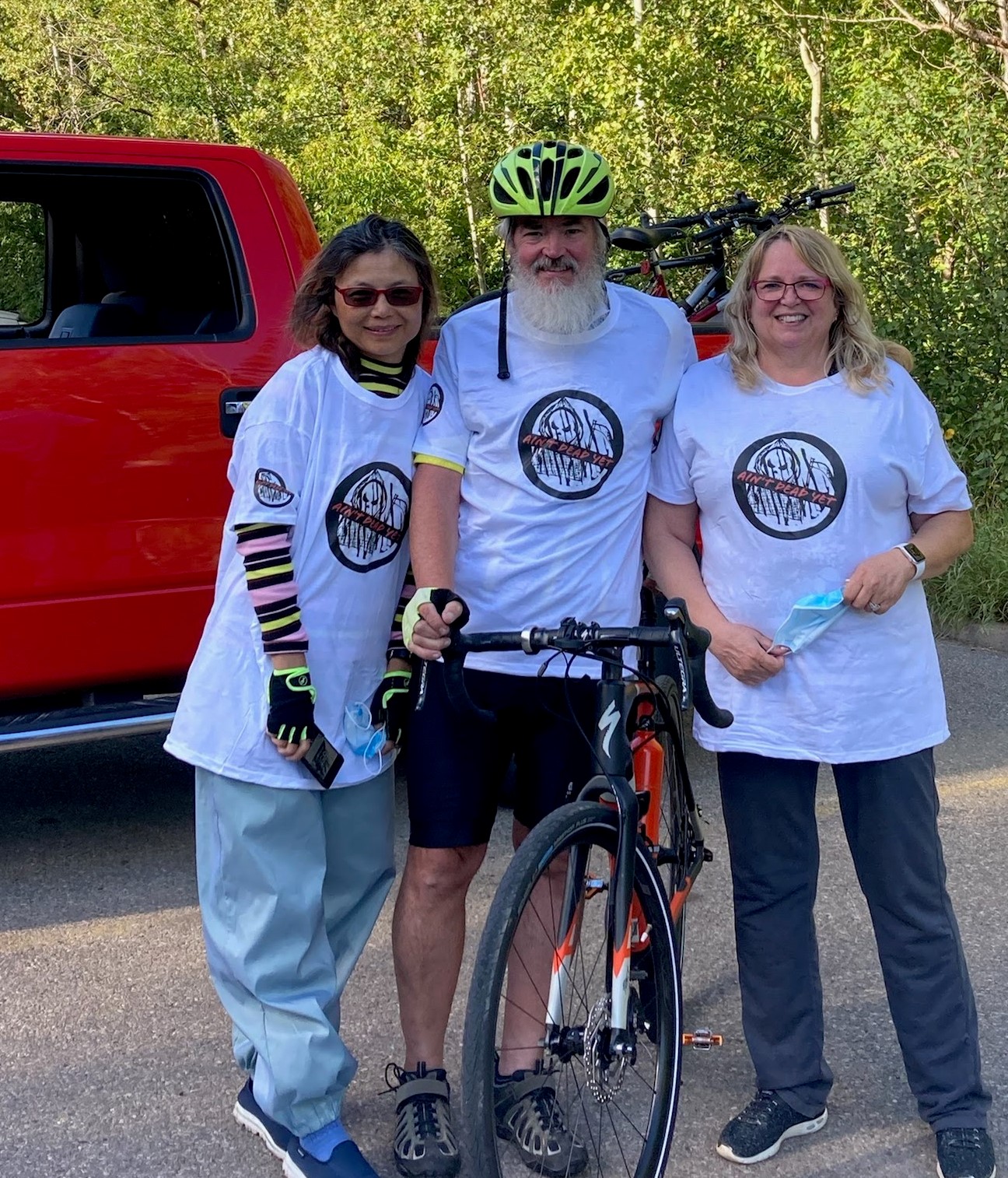 Photo is the end of last years virtual ride. My wife, myself and my sister.

This year my team so far includes my wife, my son, my brother, and one of my sisters daughter and grand daughter…

Sign up for the 2022 Enbridge Tour Alberta for Cancer

Want to join the discussion?
Feel free to contribute!